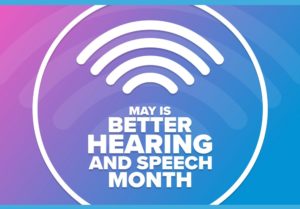 May is Better Hearing and Speech Month, begun to raise awareness about communication disorders and promote treatment to improve quality of life for those who experience problems with speaking, understanding, or hearing

In 1978, a joint congressional resolution established Asian/Pacific American Heritage Week. The first 10 days of May were chosen to coincide with two important milestones in Asian/Pacific American history: the arrival in the United States of the first Japanese immigrants (May 7, 1843) and contributions of Chinese workers to the building of the transcontinental railroad, completed May 10, 1869. In 1992, Congress expanded the observance to a month-long celebration that is now known as Asian American and Pacific Islander Heritage Month. APAH Month elevates the stories, contributions, and experiences of the Asian and Asian American communities. Learn more!

May 1: Beltane, an ancient Celtic festival celebrated on May Day, signifying the beginning of summer.

May 5: Cinco de Mayo, a Mexican holiday commemorating the Mexican army’s 1862 victory over France at the Battle of Puebla during the Franco-Mexican War (1861-1867).

May 6: National Day of Prayer, a day of observance in the United States when people are asked to “turn to God in prayer and meditation.”

May 12: Eid al-Fitr, the Muslim holiday that marks the end of Ramaden.

May 16 to 17, 2021 is Shavo’ut, the “Festival of Weeks,” the second of three major Jewish festivals that focus on historical and agricultural importance. The other two are Passover and Sukkot. Shavu’ot is not tied to a particular date, but follows Passover by 50 days. Agriculturally, it commemorates the time when the first fruits were harvested and brought to the Temple, and is known as Hag ha-Bikkurim (the Festival of the First Fruits). Historically, it celebrates the giving of the Torah at Mount Sinai, and is also known as Hag Matan Torateinu (the Festival of the Giving of Our Torah). Work is not permitted during Shavu’ot. It is customary to stay up the entire first night of Shavu’ot and study Torah, then pray as early as possible in the morning. It is also customary to eat a dairy meal at least once during Shavu’ot. 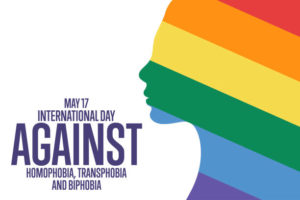 May 17 is the Anniversary of the School Desegregation Ruling. In 1954, racial segregation in public schools was unanimously ruled unconstitutional by the Supreme Court in Brown v. Board of Education, found to violate the 14th Amendment clause guaranteeing equal protection under the law.

May 17: International Day Against Homophobia, Transphobia and Biphobia, a global celebration of sexual-orientation and gender diversities.

May 21: World Day for Cultural Diversity for Dialogue and Development, a day set aside by the United Nations as an opportunity to deepen our understanding of the values of cultural diversity and to learn to live together in harmony