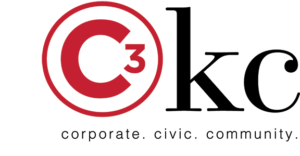 The Branton/Hall Community Collaborator Award recognizes an individual from the Greater Kansas City area who has played an active role in civic engagement, leadership, fostering a spirit of service to others, and promoting the spirit of collaboration for social good.

The Branton/Hall Award was named in memory and honor of two JLKCMO members – Mary Shaw “Shawsie” Branton and Adele Hall. These two women dedicated their lives to making Kansas City a better, more inclusive, well-cared-for community. Longtime pillars of our community, Shawsie and Adele were model volunteers who worked tirelessly as catalysts for change, sensing needs in our community and then working diligently to bring the right individuals together to solve some of our city’s most pressing issues. As Kansas City’s only recipients of the Association of Junior Leagues International’s highest honor, the Mary Harriman Community Leadership Award, Shawsie and Adele believed that every person in our community, regardless of circumstance, deserves a chance to succeed.

This distinguished award honors Shawsie Branton and Adele Hall’s commitment to and passion for advocating, influencing, and convening leaders for positive change. It recognizes like-minded individuals who continue their legacy of creating positive social impact in Kansas City. Learn more about Shawsie and Adele. 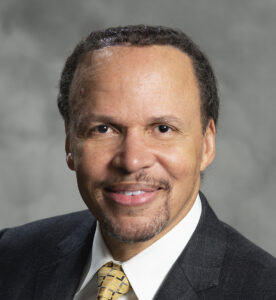 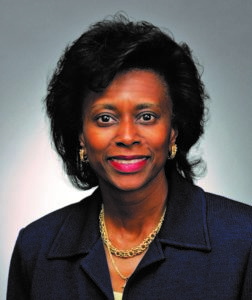 Additionally, her roles as an executive leader include 13 years at Children’s Mercy Hospitals and Clinics where she was Chief Administrative Officer, CFO and EVP (she recently retired); CFO and SVP of Midwest Research Institute (now MRI Global), and President of Stern Brothers Investment Bank. Her past corporate board roles include J.E. Dunn and Waddell and Reed. Her current corporate boards are Evergy, American Shared Hospital Services, Recology, and the Delaware/Ivy Mutual Funds where she is a trustee. Read more about Sandra’s contributions here.

Lawrence is being recognized for her dedication, commitment to servant leadership, and making a positive impact in the community through the many organizations she has served in leadership roles. She will receive this award at the 5th annual C3KC conference March 8, 2022, at the Kansas City Union Station. Watch this video to learn more about Sandra’s amazing work in the KC community. 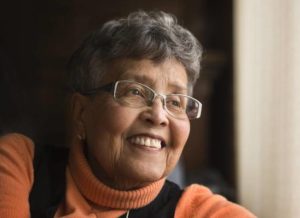 Mamie Hughes was honored with the 2021 Award. A Kansas City treasure with a history of convening people for lasting, positive change, her accomplishments include being the first Black woman to be elected to the Jackson County Legislature, appointed by President Carter to ACTION/VISTA, and serving as Chair of the Black Economic Union and the Mid-America Regional Council Commission on Aging.

In 2016 she wrote her autobiography, Mamie Who? The Life and Times of a Colored Woman, chronicling her efforts against racism and championing women’s rights. Her commitment to civic engagement, leadership and collaboration for social good is legendary. Mamie hasn’t slowed down a bit – she’s currently working politically across state lines for candidates, serves as a board member for Kanbe’s Markets (a nonprofit bringing nutritious food into Kansas City food deserts) and is adamant about voter registration drives. See our video about Mamie’s remarkable life. 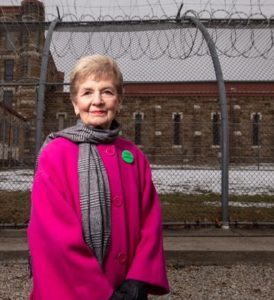 2020’s honoree was SuEllen Fried. SuEllen has built a lifetime of work reflecting active involvement in civic engagement, leadership and fostering a spirit of service to others. The Branton/Hall Community Collaborator Award recognizes this lifetime of service.

Among SuEllen’s many accomplishments are founding STOP Violence in 1982 and developing the Reaching Out From Within program, which teaches prison inmates to change their violent language, actions and thoughts. Learn more about SuEllen in this YouTube video. 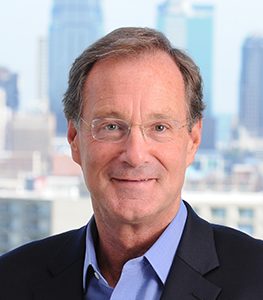 David Oliver was the 2019 honoree. “Practicing law is my profession, building our community, my passion.” David is a trial lawyer with the Kansas City law firm of Berkowitz Oliver LLP. He also has his own consulting practice helping companies diversify their boards and implement best practices in board/management relations. David’s civic activities include serving as a board member of the Alliance for Childhood Education, MRIGlobal, the UMKC Trustees, Teach for America–KC and the Missouri Advisory Board for Educator Preparation.

David has strong ties with the Junior League: his mother, Gertrude Field Oliver was president of the JLKCMO in 1944-1945, and he currently serves as a Community Advisor to the C3KC Committee. 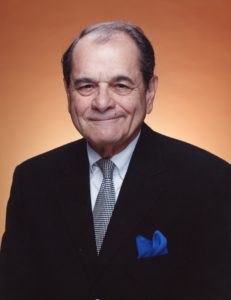 The first Branton/Hall honoree in 2018, Albert P. Mauro. Albert was the former Vice-President and Secretary at Kansas City Southern Industries. Mr. Mauro was active throughout the Kansas City community, having served with distinction on numerous boards, including the Greater Kansas City Chamber of Commerce, Truman Medical Center, the Downtown Council, the Visiting Nurse Association, Friends of the Zoo, Crittenton Children’s Center, Starlight Theatre and the Board of Regents at Rockhurst College. He received many awards and honors recognizing him for his tireless efforts to positively impact Kansas City. Albert passed away in November of 2022.