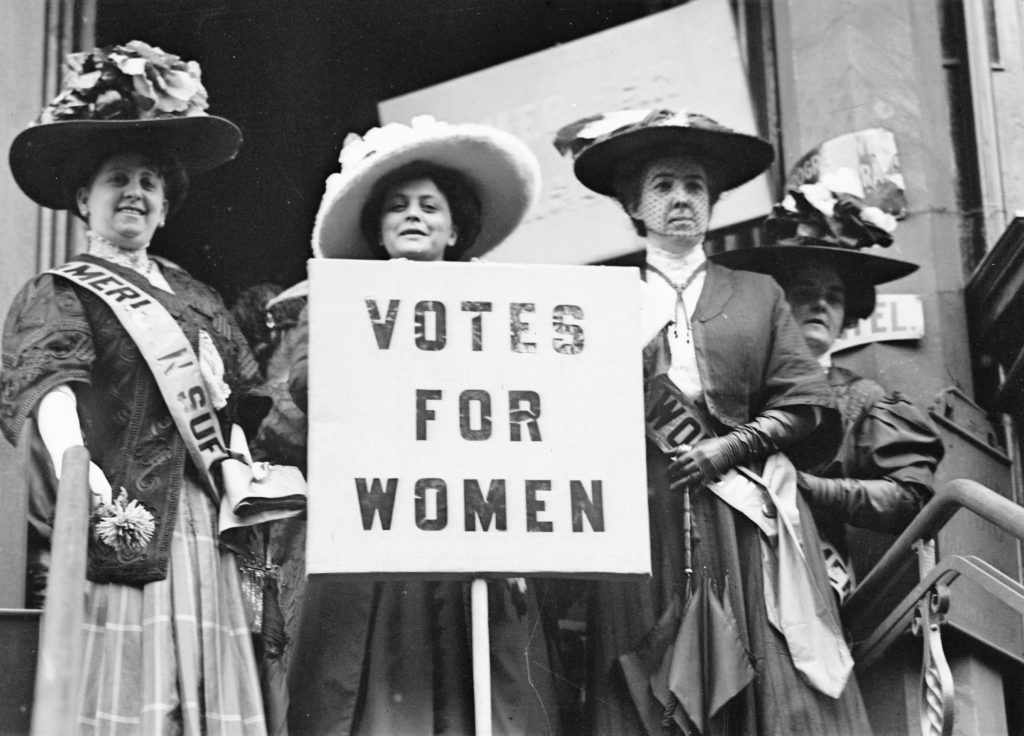 “The right of citizens of the United States to vote shall not be denied or abridged by the United States or by any State on account of sex. Congress shall have power to enforce this article by appropriate legislation.” – 19th Amendment to the U.S. Constitution

Ratified on August 18, 1920, the 19th Amendment recognized white women’s constitutional right to vote. Numerous states had already extended voting rights to women: Missouri women in March 1919 and Kansas women in 1912. The journey had been long and arduous and, for many women of color, the fight to exercise their voting rights was far from over. Passage of the amendment, however, forever changed the path of women in our nation.

Resources for Enrichment and Information

Johnson County Museum has a touchscreen exhibit at the Museum titled Women and the Vote. In addition a PDF of the exhibit is available for online viewing.

Regional Resources on Women’s Suffrage – this collection, part of the Kansas City Public Library’s Pendergast Years display, has great information on women’s suffrage in our region.

Kansas City Public Library has assembled a reading list of fiction and nonfiction books.  They also have a fun coloring book that can be downloaded for your artistic pleasure: 19th Amendment Coloring Book

Celebrate Women’s Suffrage, but Don’t Whitewash the Movement’s Racism – this resource from the ACLU is an eye-opening story of the history of women’s suffrage.

National Archives has a virtual tour of the Rightfully Hers: American Women and the Vote exhibit available to walk through virtually.